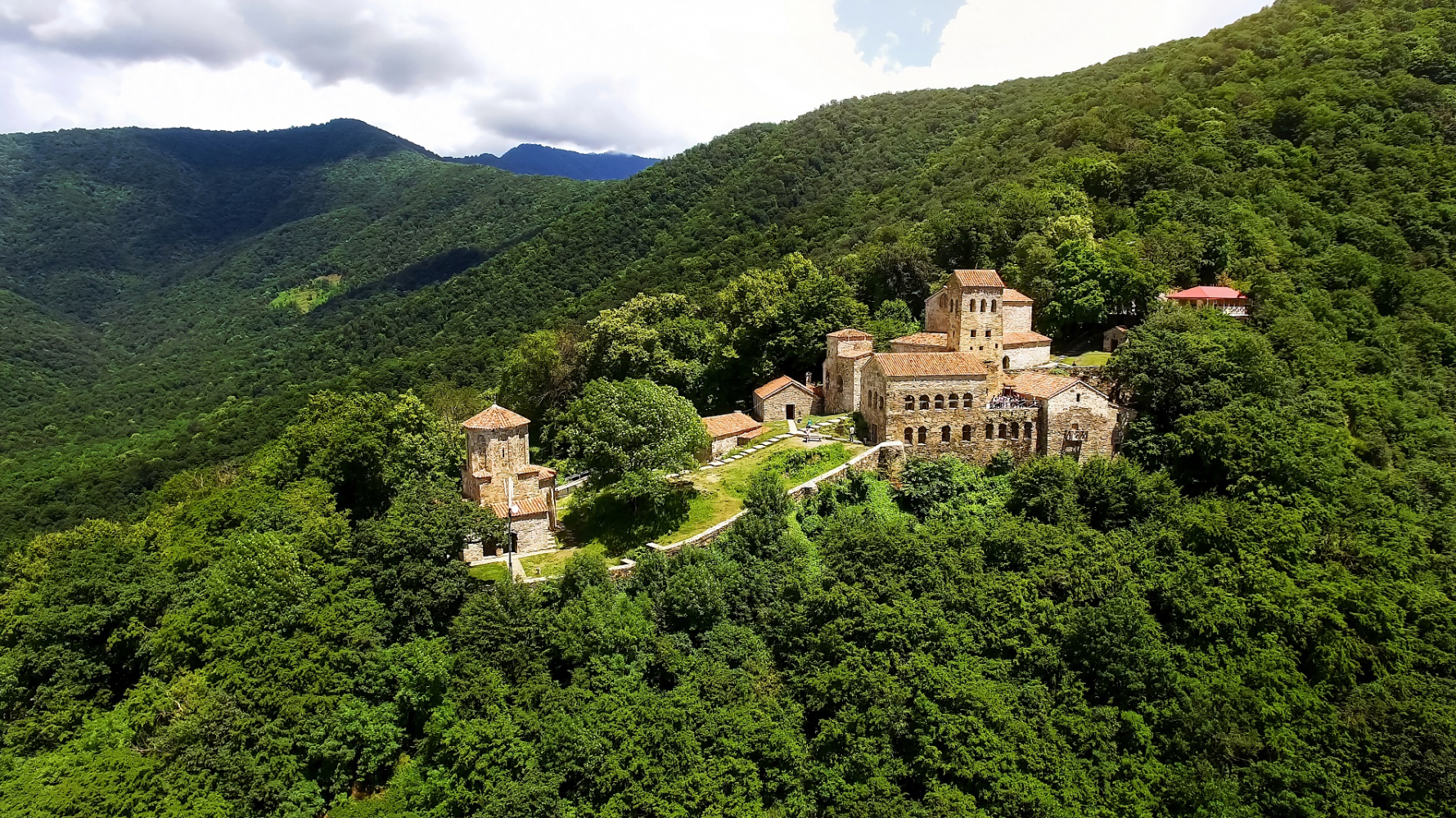 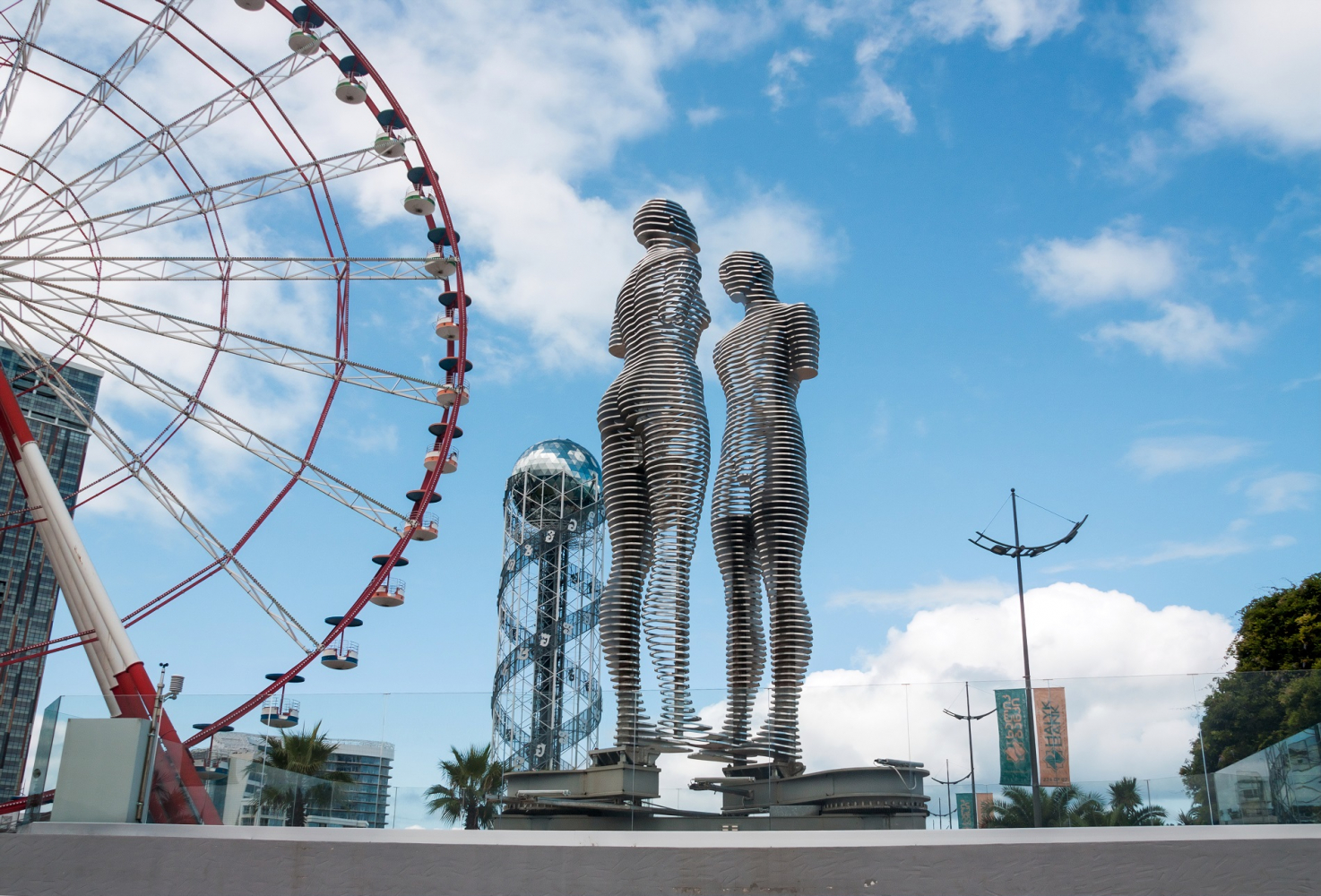 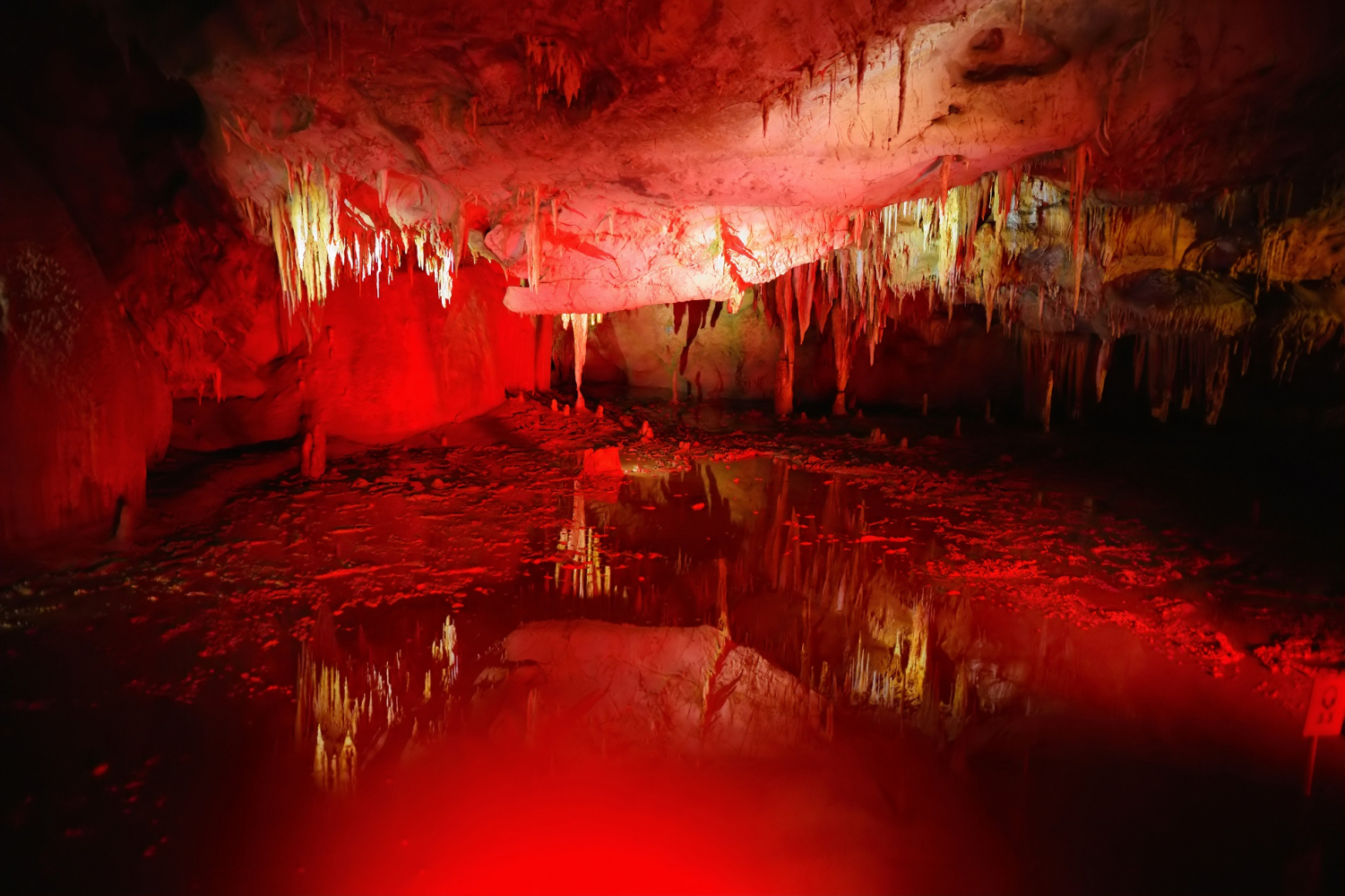 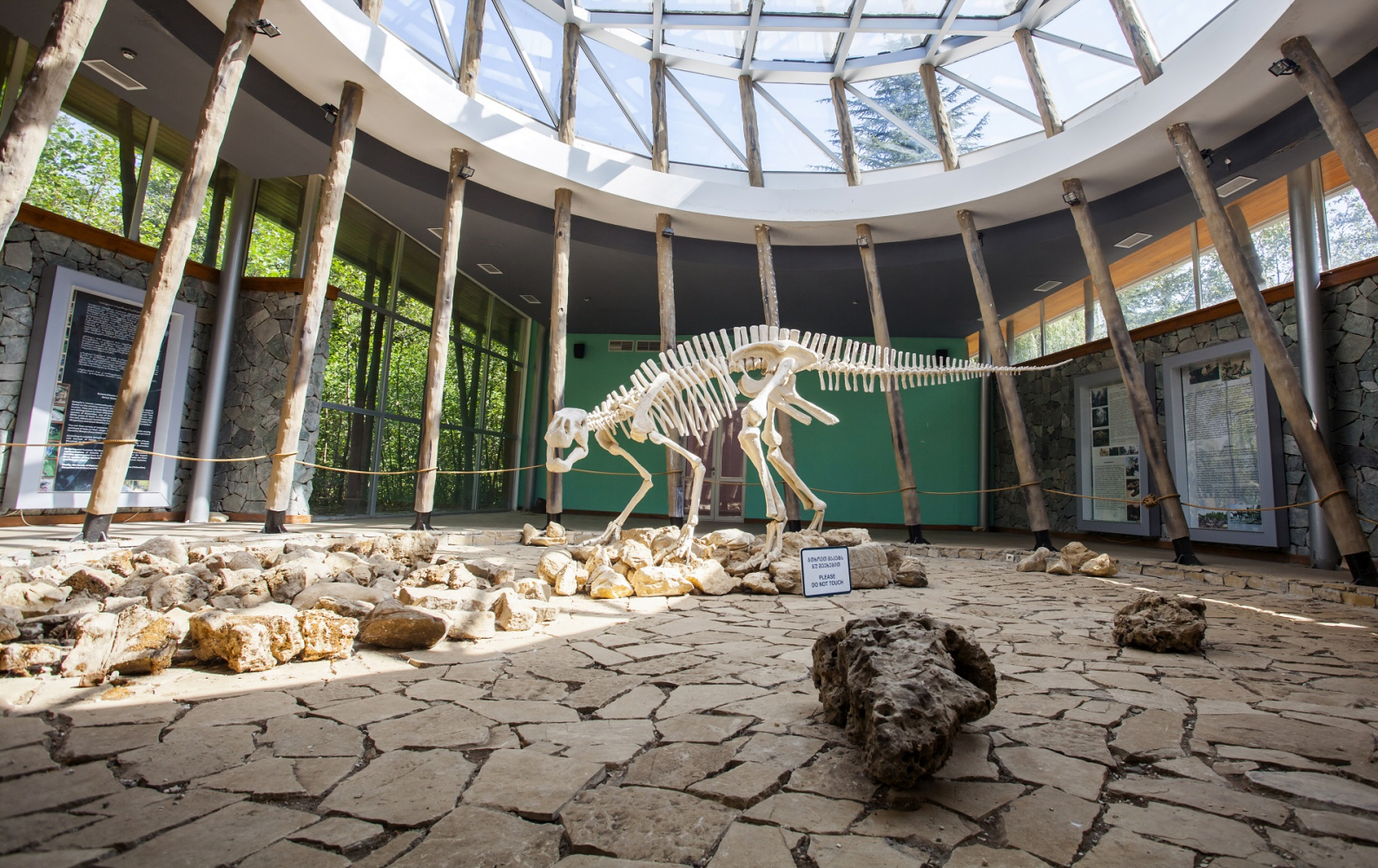 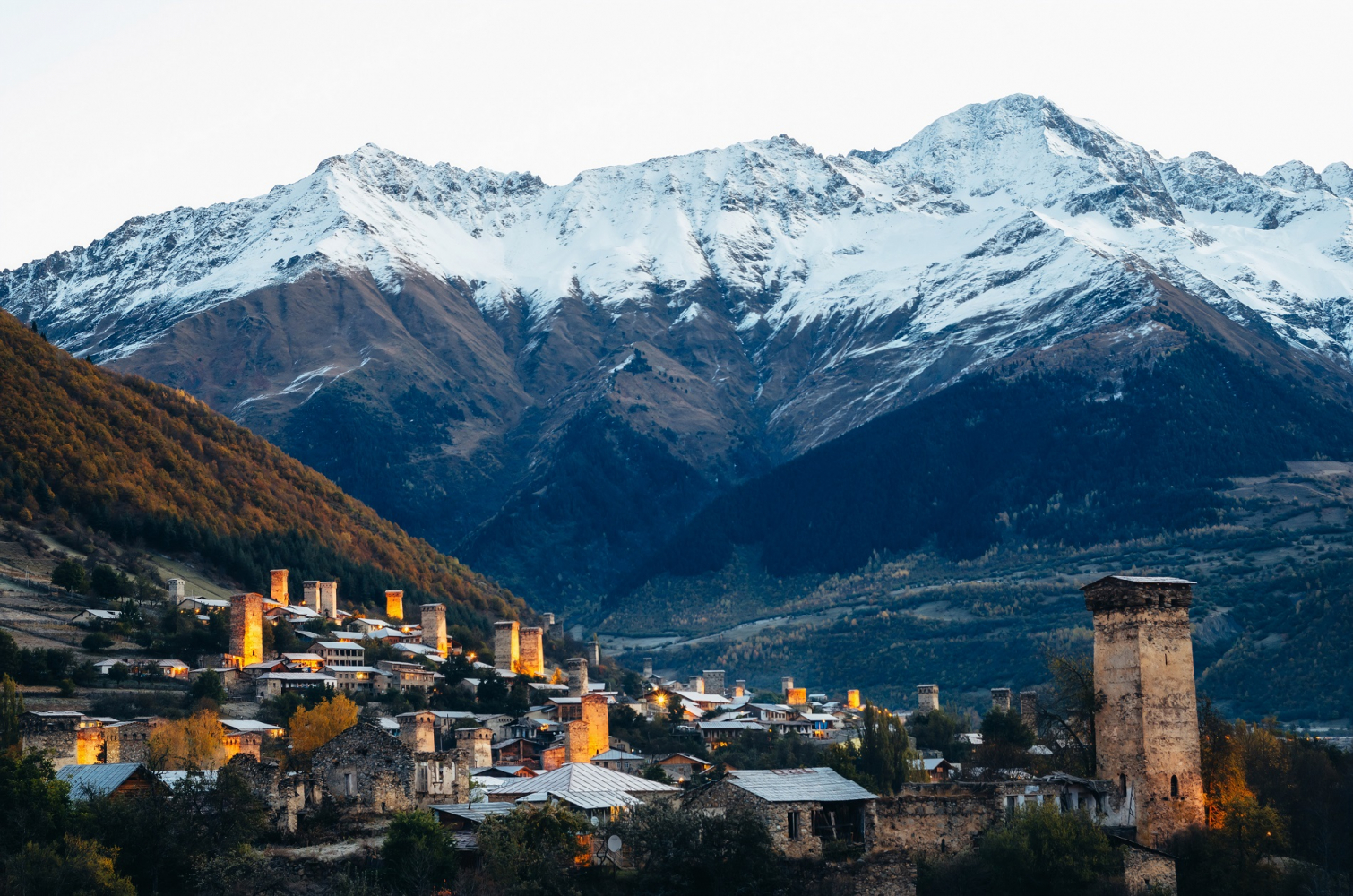 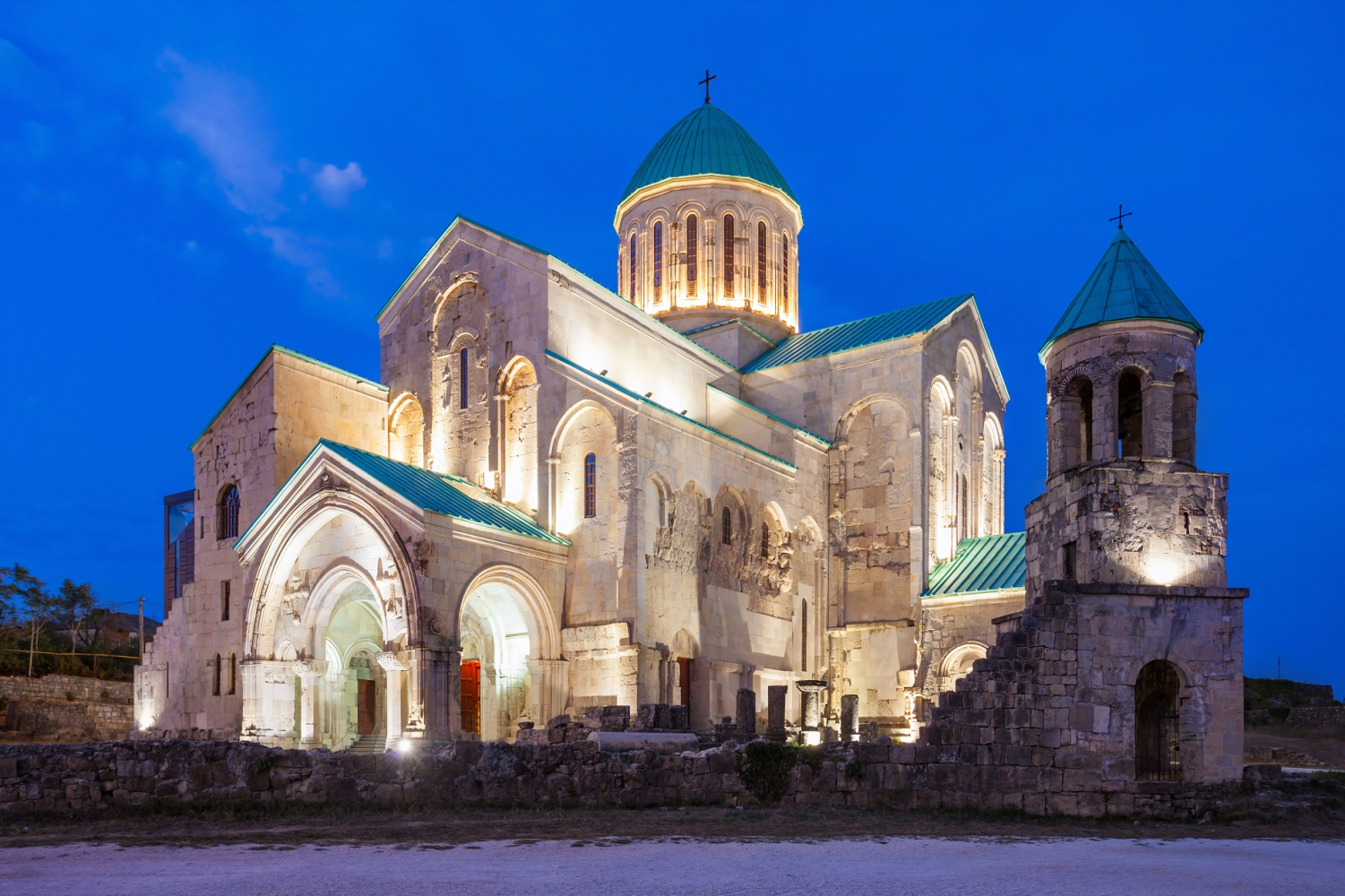 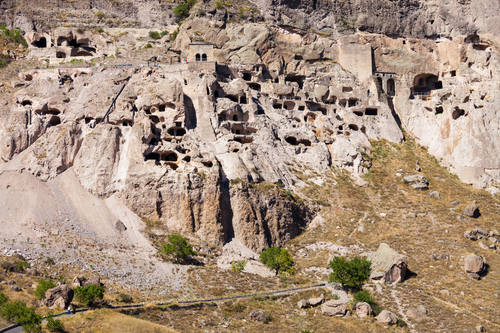 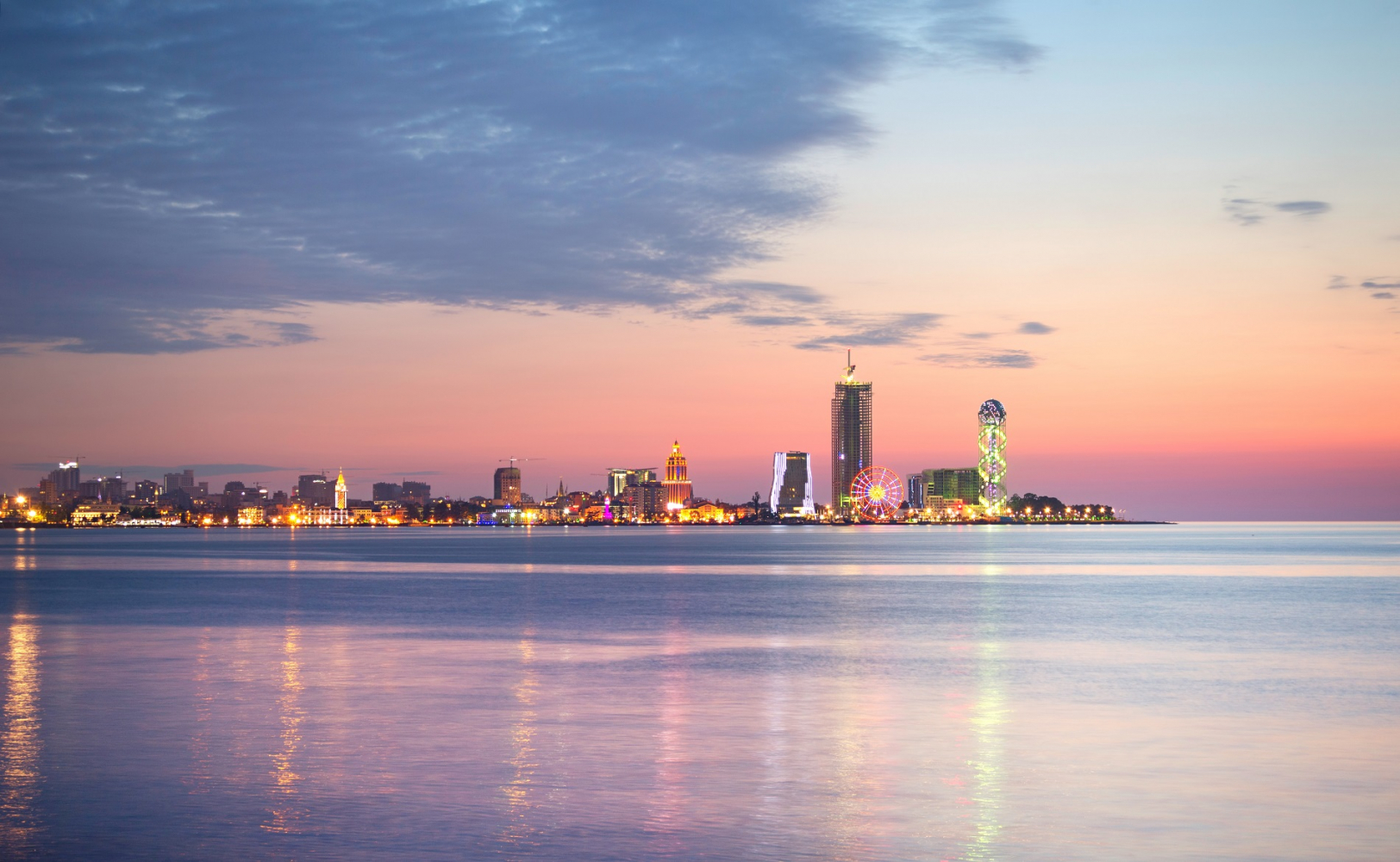 Tour overview
Visit the breathtaking places of Georgia started with Kakheti – the heart of Georgian winemaking, continued to Borjomi Gorge, prehistoric caves, ended with beloved Batumi – “The pearl of the Black Sea” and many more, including Tbilisi, The Capital of Georgia where modern design tells the tales about Georgian history and culture.
Travel around Georgian deserts, forests, caves, mountains, seashores, villages, cities and explore the unique culture of the country. Discover the unbelievable legacy of the Georgian people and witness the unification of Europe and Asia

Day 1.  Arrival
Pick up from the selected airport or any place chosen in advance
Transfer to the hotel
Free time

Overnight in Tbilisi
Day 2. Tbilisi - Gareji – Tsinandali – Telavi
Trip to David Gareji Monastery Complex early in the Morning. The monastery is located in the Gareji Desert and was founded in the 6th century by David Gareji, one of the thirteen Assyrian monks. You also will be able to explore residence of the monks, which are carved inside the rocks. Part of the complex is located on the Azerbaijan borderline from where you can enjoy the marvelous view of Gareji desert landscape.
The trip continues to village Tsinandali and house museum of a notable Georgian poet, Prince Alexander Chavchavadze. Tsinandali is also known for its remarkable wine cellar where you will be able to taste the best Georgian wines.
Drive to Telavi – Capital of Kakheti, which is famous for its winery and spectacular views opened from the foothills of the Tsiv-Gombori Mountain Range.
Transfer to the Hotel
Launch
Stroll around Telavi
Dinner
Free time


Overnight in Telavi
Day 3.  Telavi – Ikalto - Alaverdi - Gremi - Nekresi -  Telavi
Excursions to the oldest monastery complexes of Georgia that survived the myriad of wars and for centuries were used as a defense posts against the invaders. The trip starts with Ikalto (11th-12th centuries) - the oldest Georgian academy, continues with Alaverdi Monastery (16th Century) and  Shuamta
Lunch
After the break we travel to Gremi church of the Archangels (16th century). At the end of the trip ascend to the Nekresi Monastery Complex (1st-2nd centuries) and enjoy the magnificent view of the Alazani Valley
Back to Telavi
Dinner
Free time


Overnight in Telavi
Day 4.  Telavi -  Sighnaghi - Tbilisi
Visit Sighnaghi – “City of Love” – which is also the most modern city in the region. Stroll around the narrow paved streets straight out of Spanish or Italian cities and enjoy the beauty of the fascinating buildings infused with traditional Georgian Architecture.
Excursion to Bodbe Monastery (4th century), where is located the tomb of Saint Nino, the Enlightener of Georgia - a woman who preached Christianity in the country.
Lunch
Drive back to Tbilisi
Free time

Overnight in Tbilisi
Day 5. Tbilisi
Excursion to Tbilisi, Capital of Georgia. Stroll around Old Tbilisi, explore traditional narrow streets and uncover urban lifestyle of the city from centuries ago. Visit Narikala Fortress (7th Century) raised over Tbilisi and Holy Trinity Cathedral - the third-tallest Eastern Orthodox cathedral in the world. Also ascend to Funicular, where you can taste traditional Georgian cuisine and enjoy the fascinating view over the city
Lunch
Free Time

Overnight in Tbilisi
Day 6. Tbilisi - Kazbegi – Tbilisi
Drive to Kazbegi by the Georgian military road that follows the Dariali Gorge. While driving you will be able to enjoy the breathtaking views of the Caucasus Mountains.
Visit Gergeti Monastery Complex (14th century) underheat the peak of Mount Kazbek and see for yourself the beauty of being over the clouds and so close to the sky.
Lunch
Return to Tbilisi
Free time

Overnight in Tbilisi
Day 7. Tbilisi - Borjomi - Rabati  - Akhaltsikhe
Trip to Borjomi – The city beloved by many tourists for its well-known mineral waters, fascinating national park and remarkable fresh air
Lunch
The tour continues to Rabati Castle (9th century) – The symbol of tolerance – which brings together many different religious shrines into one complex. You will also visit the mysterious Vardzia Cave Monastery (12th century).
Dinner
Free time

Overnight in Akhaltsikhe
Day 8.  Akhaltsikhe  - Kutaisi
Early in the morning, drive to Kutaisi – the capital of Imereti. You will be able to stroll the charming streets of the city, visit White Bridge and Bagrati Cathedral (10th – 11th centuries)
Lunch
Excursion to Gelati Monastery Complex (12th century) which was built by King David the Builder and dates back to the early period of the Georgian Golder Age. Gelati Monastery was one of the most important cultural centers in ancient Georgia and is recognized by UNESCO as a World Heritage Site
Dinner
Free time

Overnight in Kutaisi
Day  9.  Kutaisi - Caves -  Mestia
Visit Prometheus Cave – The biggest cave of Georgia. Although only one tenth is open for tourists, it takes about an hour to explore it, but it’s worth every second as you will be amazed with breathtaking views of stalactites, stalagmites, petrified waterfalls, underground rivers and lakes of the cave.
Lunch
Trip to Svaneti  - the highest inhabited area in the Caucasus as it’s surrounded by 3,000–5,000 meter peaks – and specifically Mestia, the capital of Svaneti. The province is known for its traditional towers and magnificent landscape.
Dinner
Free time

Overnight in Mestia
Day 10. Mestia  - Ushguli  - Mestia
From Mestia you will drive to village Ushguli located at an altitude of 2,100 meters (6,900 ft) underneath the Mount Shkhara (5201m / 17,059 feet). The village is recognized by UNESCO as a World Heritage Site. Before the 2014 it was the highest inhabited settlement in Europe. (It’s worth noticing that in 2014 another Georgian village Bochorma (2345m) took the title). You will be able to explore Svaneti culture, cuisine and enjoy the amazing views of the Caucasus Mountains
Lunch
Drive back to Mestia
A walk through the city, we will climb the mountain Hatsvali from where an incredibly beautiful view of the Caucasus Mountains
Dinner
Free time

Overnight in Mestia
Day 11.  Mestia - Zugdidi - Batumi
Departure to Batumi. On the way, you will stop in Zugdidi, Samegrelo and visit Dadiani Palace – the residence of Samegrelo queen Ekaterine Chavchavadze-Dadiani (Daughter of Prince Alexander Chavchavadze) and Prince Niko Dadiani. The complex includes palaces, court church, and the botanic garden and houses such precious exhibits as the mask of Napoleon Bonaparte. You will also see Enguri Dam - Currently the world's second highest concrete arch dam
Lunch
Arrival in Batumi
Walk in Batumi. Within the walk you will see old and new boulevard, statue of Ali and Nino – the symbol of love, Piazza, singing fountains etc.

Overnight in Batumi
Day 12. Batumi - Tbilisi
Visit Gonio Fortress - a Roman fortification in Adjara which was built in the 1st Century AD
Departure to Tbilisi

Overnight in Tbilisi or transfer to the airport

2 package of  gifts per tour, t-shirt, magnet, cup
After booking the tour, go to our store page, select your preferred gift and email us

Breakfast at the hotel
10 Lunches
6  Dinners

11 nights in a hotel or in a selected apartment

Additional Information:
Price does not include:


Please note that 20% of the total price will be required as a deposit upon confirmation of the tour.
If you cancel at least 7 days before the scheduled departure, the cancellation fee is not charged
If you cancel within 7 days before the scheduled departure, a 100 percent cancellation fee (twenty percent (20%) of the total price) is charged. 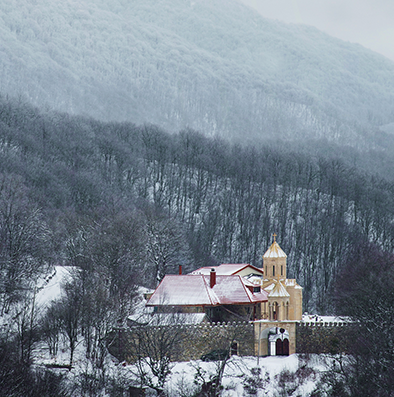